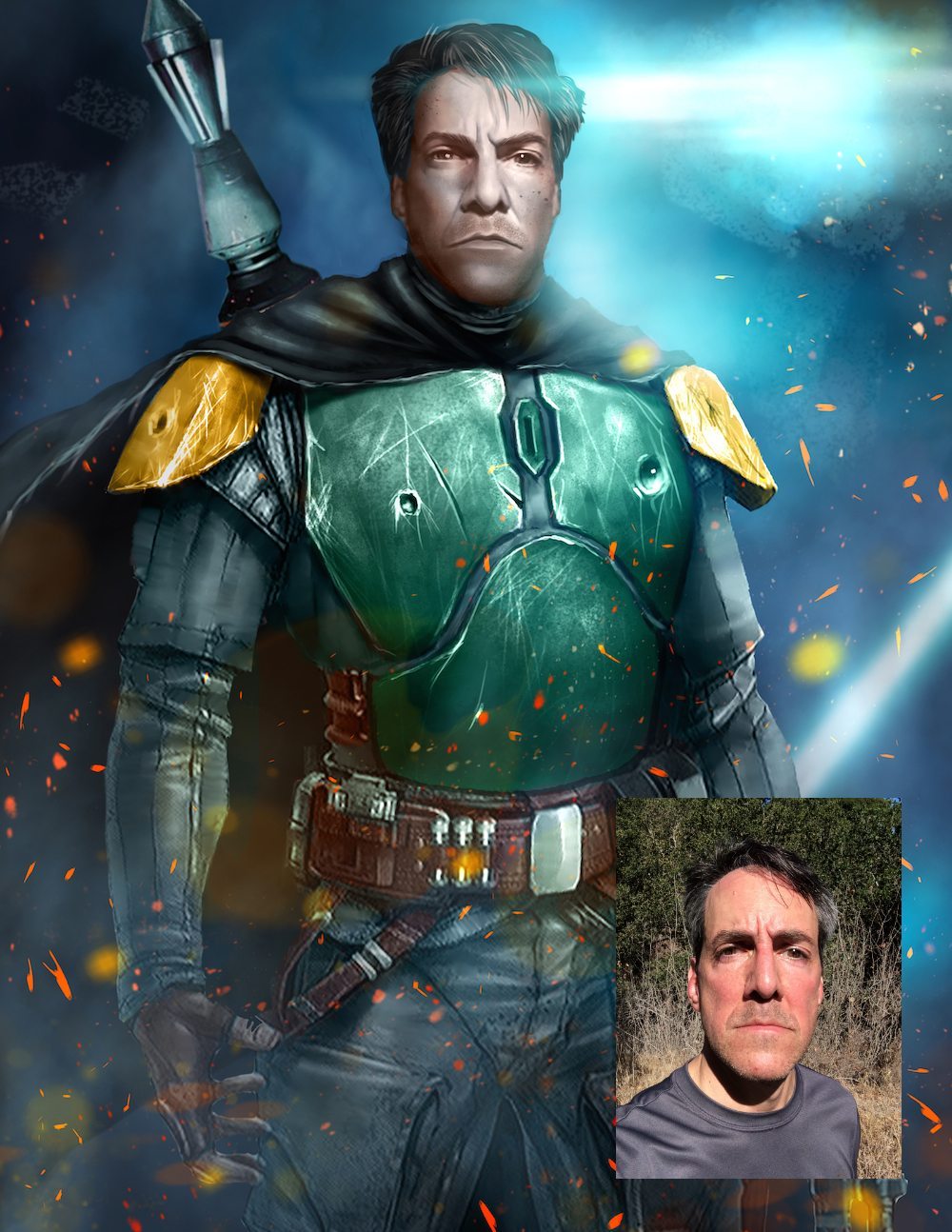 There is something alluring about the stately military portraits of yore: subjects in full battle wear, posing stoically and confidently on battlefields (sometimes in the midst of battle), celebrating their strength and strategic prowess.

These two commissioned portraits of Howard, created by Danh Nguyen, have a bit of that feeling: realistic portrayal, military garb, confidence, and a sense of honor. But by clearly depicting Howard at the end of a long battle, they bring in an additional feeling of grit that makes each piece undeniably badass and utterly memorable.

That Howard is portrayed wearing stormtrooper and Boba Fett armor only makes the piece more fun.

We hope we get more commissions like this! This isn’t an old-fashioned portrait. This isn’t a movie poster, either. It’s something entirely different- and we hope to see new requests for similar pieces.

To commission a portrait of your own in this style, swing by Danh Nguyen’s commission page.

Backstory Behind the Commission – Q&A with Howard

ArtCorgi (AC): What inspired you to commission this piece?

Howard (H): I always wanted to drop out of society and become a faceless stormtrooper, battling the forces of good in the universe. And on my days off, Boba Fett was a good persona to make some money on the side.

H: Star Wars deaths are quick and painless, getting vaporized or blasted is greatly preferable to having a limb hacked off and dying a slow death from gangrene.

Why did you choose to be portrayed after a battle rather than before, during, or separated from one?